On behalf of the South-eastern Red-tailed Black-Cockatoo Recovery Team I would like to wish all our volunteers, project partners and supporters a very Merry Christmas and safe and enjoyable New Year. We look forward to your support in 2014. 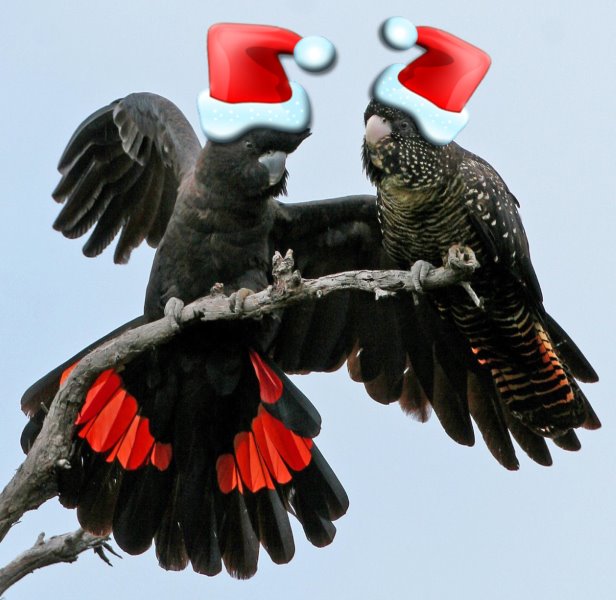 
Let’s make a real difference for Red-tail conservation in 2014!

Why not become involved with the annual count for the cockatoo (to be held on the 3 May 2014), plant some stringybarks or protect a patch of buloke. Together we can create a better, brighter future for our charismatic cockatoos.