Male Red-tails have glossy black plumage with stunning, bright red tail panels. Females are quite different but equally spectacular – they are one of the most brightly marked subspecies of Red-Tail. 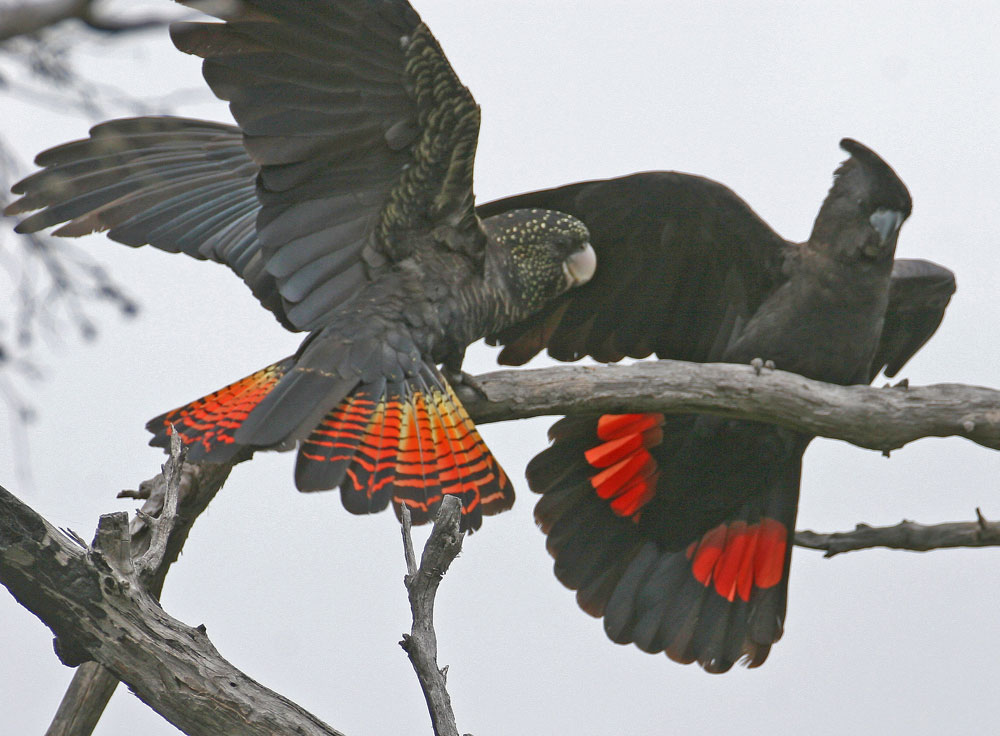 They have duller brown-black plumage but the feathers of their head, neck and parts of their wing are speckled with yellow. Viewed from below, their body is barred in pale orange-yellow. Their tail barring can be almost all pale yellow or pale yellow grading to pale orange-yellow at the tip. Females have an off-white bill which one volunteer suggests looks like the birds are carrying golf balls! Males have a grey bill. Juveniles are difficult to distinguish from adult females from the age of 1 to 3 years.

Range of the South-eastern Red-tailed Black-Cockatoo

The south-eastern Red-tailed Black-Cockatoo only occurs in the south-east of South Australia and south-west Victoria. Their total range covers an area 18,000km2 from Nelson to Little Desert National Park in South West Victoria and from Keith to Mount Gambier in the South East of South Australia (see range map below). Red-tails rely on stringybark, buloke and gum woodland habitats and scattered trees throughout the range for feeding and nesting.  They are highly nomadic, moving throughout their range in response to food availability. Although Red-tails are widespread across the range, some of the more likely areas or hotspots for finding birds are around Edenhope, Casterton, Naracoorte, Frances, Nelson (Lower Glenelg National Park) and Lucindale.

If you interested in seeing birds please contact the project coordinator who can direct you to the most recent places or sites that the birds have been seen.

Through Spring and early summer, the breeding season, Red-tailed Black-Cockatoos are generally seen alone or as family parties of 2 to 3 birds. In autumn and winter, flocks of 100 to 250 birds can be seen in areas with a good food supply.

Sites where some of our largest flocks of Red-tails have been recorded include Rennick State Forest (360), Boilaar Swamp in Roseneath State Forest (372), Pieracle Swamp south-west of Casterton (~500) and Dunrobin (460). Large flocks often form in areas carrying exceptionally high seed crops or where food is concentrated in just a few patches.

Red-tails will most often roost in clumps of tall eucalypts, such as young Red Gums, and may use the same site for many months. 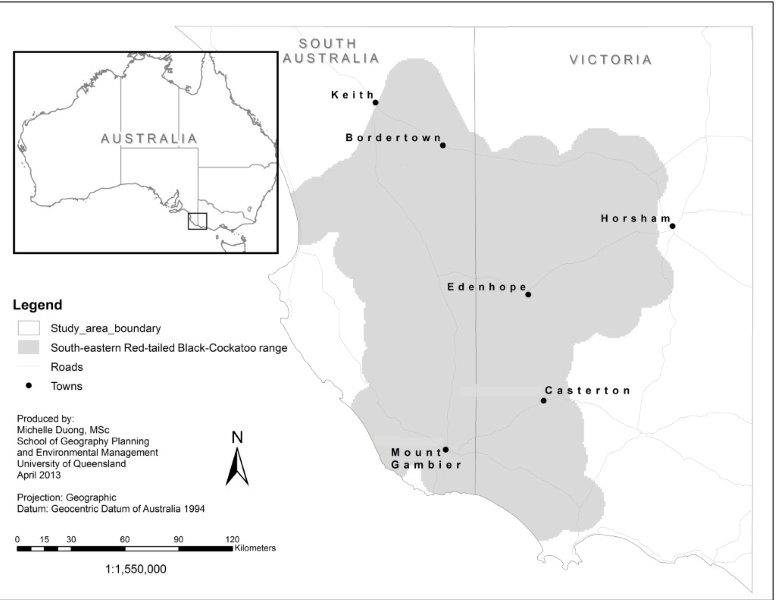