Winners of the Red-tail Art & Story Competition have now been announced online.


Thanks to all the wonderful entries in our Red-tail Art & Story Competition that we held over February and March this year. The competition closed on Friday 5 April, with winning and runner-up entries selected from four age group categories.

Entries were judged by the Red-tail Project Coordinator, Bronwyn Perryman, and Jacinta deBrie-Delaney, who is the Art Director at St Martins Lutheran College. Jacinta has been in her role at St Martins for seven years now, and is an accomplished artist in her own right.

One winner and two runners-up were selected from each of the children’s categories, while one winner and one runner-up from the adult category.

Our runner’s-up in the children’s categories will receive a Red-tailed Black-Cockatoo Kite, while our runner-up in the adult category will receive a lovely bottle of 2010 Coonawarra Cabernet Black-Cocky Wine, kindly donated by Max Arney.

Congratulations to all our winners (listed below), and many thanks again to all those that submitted entries as part of this competition. 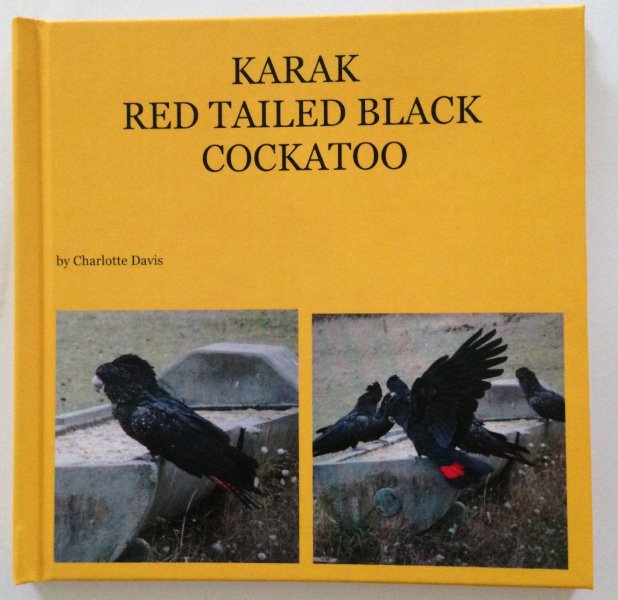 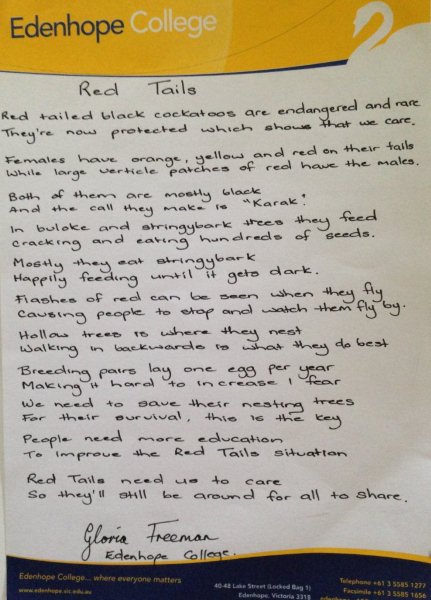