Locals 'Look to the Skies' for Red-tailed Black Cockatoos 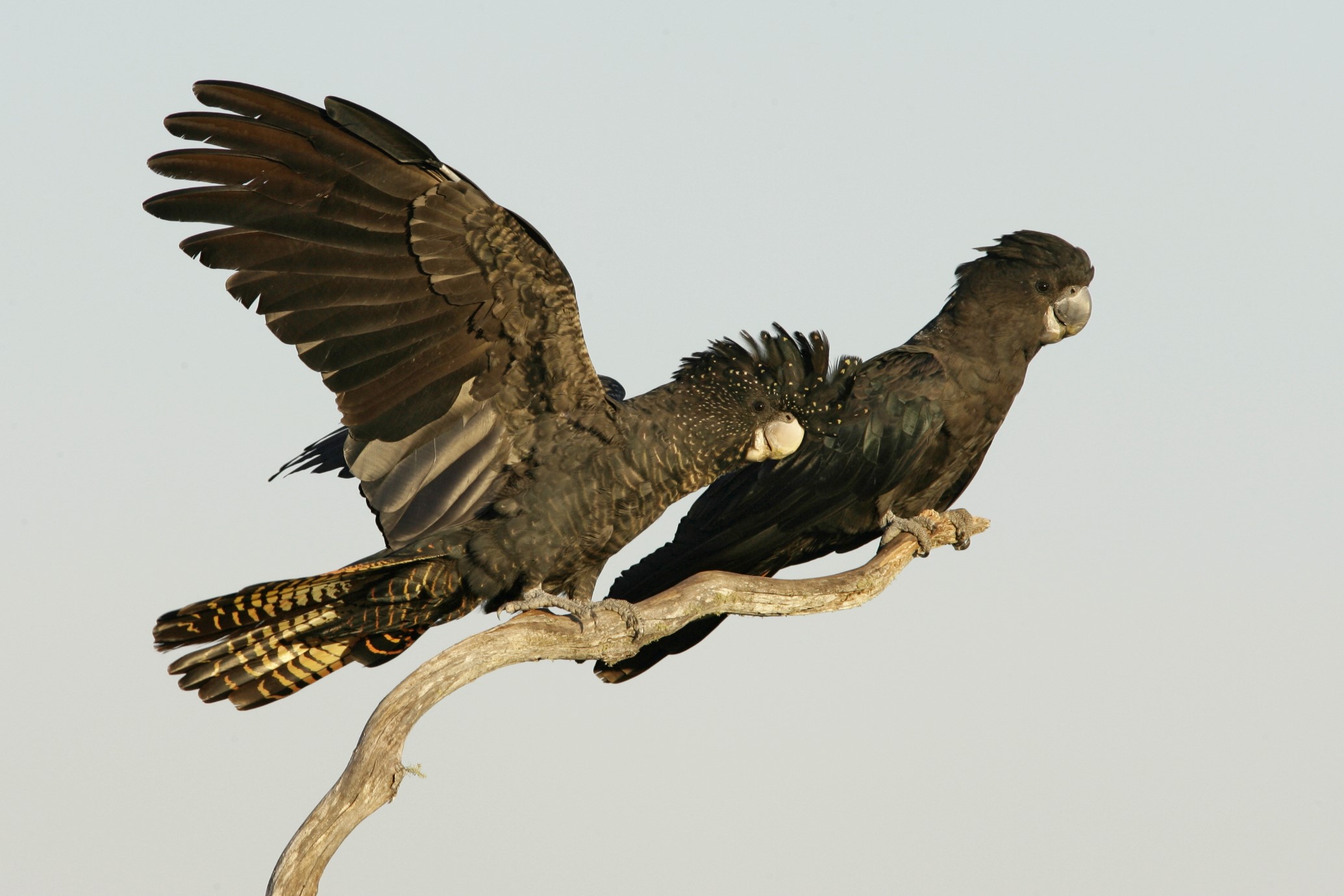 
This year BirdLife Australia and the South-eastern Red-tailed Black-Cockatoo Recovery Team held a local ‘Look to the Skies’ monitoring event on Saturday 2 May to try and count as many cockies as possible.


Due to the COVID-19 restrictions unfortunately we had to cancel our usual Annual Cocky Count, however it is vital at this time of year to count as many Red-tails as we can and find the location of large flocks so we decided to run a smaller event aimed at locals who live in the Red-tail range in south-east SA and south-west Vic.

Participants searched their own properties and backyards for Red-tails on the day and despite the cold and windy weather we received a good number of sightings. The total number of cockies seen on the day was 748 birds from 18 sighting reports. Taking into account sighting reports received in the week before and after the event, as well as several large flocks which were known but weren't counted on the day, the number of birds counted came to 1144.

"This is a fantastic effort considering most of the birds counted were on private land" said Kelsey Bennett, Project Coordinator for the Recovery Program. "The largest number of birds were found in Ullswater, with landholders Ros and Andrew Bradey counting 450 birds on their property and in the surrounding stringybark reserves which is a great result!"

Taking into account sighting reports received in the week before and after the event, as well as several large flocks which were known but weren't counted on the day, the number of birds counted came to 1144.

Red-tails were also found in other areas in Victoria including Benayeo and Meereek. In SA birds were found around Naracoorte, Wild Dog Valley, The Gap, Lucindale and Kalangadoo. Other areas where birds had been seen before and after the event included Strathdownie and Clear Lake.

The majority of birds appeared to be in the northern part of the Red-tail range, especially in the Wimmera region. It is likely the birds are taking advantage of the good seed crop currently available for them in Desert stringybark which occurs in that part of the range. While the results of this years' event won't be able to be compared to the results of previous years' Annual Counts, the data collected is still important in finding the location of large flocks and determining patterns of habitat use.

"There were around 40 people who officially registered for the event but it’s likely that more people took part and kept an eye out for Red-tails on the day but didn’t register" said Kelsey. "The event was promoted widely in the weeks leading up to it and attracted a good amount of attention especially on social media. The Recovery Team has recently set up a new Facebook page for our project, you can find us by searching 'South eastern Red tailed Black Cockatoo Recovery Project'."

The Recovery Team would like to say a massive thank you to everyone who took part in the event and reported sightings, and also to those people who helped promote the event. This would not have been possible without the help and support from locals and landholders in the Red-tail's range. We hope that next year we’ll be able to hold our normal Annual Cocky Count again and volunteers will be able to go out and search for our stunning Red-tails!

A special thanks to Evan Roberts and Kerry Gilkes for their assistance with promoting the event and getting local landholders involved on the day.