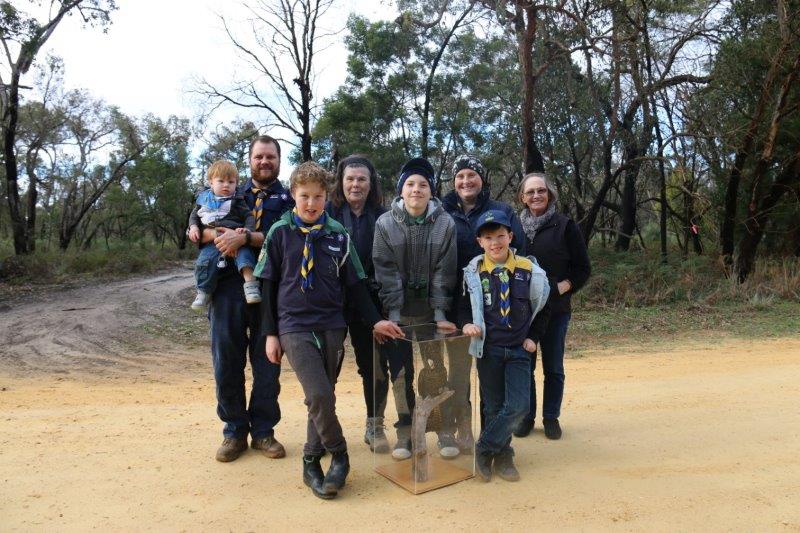 Over the weekend the Casterton Scout group were treated to a talk and walk for the endangered South-eastern Red-tailed Black-Cockatoo.


Six members of the scout group enjoyed an afternoon of learning, listening and locating Red-tails in the field.

Members learnt about what the cockatoos look and sound like, where they live, where they can be found, what food trees they rely on, why they are endangered and what can be done to maintain a healthy population of South-eastern Red-tailed Black-Cockatoos into the future.

The talk was followed by an afternoon drive and walk through the stringybark forests of Nangeela State Forest in an effort to track down some Red-tails.

Group members were shown what to look for when searching for Red-tails including their tell-tale feeding signs, which on this occasion proved to be a great indicator of presence.

After locating some recent chewings the group were ecstatic to come across a group of more than 100 Red-tails feeding in Desert Stringybark along Tullich Road.

This number was further exceeded by a visit to a nearby watering site, which resulted in a staggering 450+ birds coming into drink/roost – a sight which is rarely seen! This created much excitement amongst members, most of whom had never seen a Red-tail in the wild.

The group is keen to put their newly learnt skills in to practice and will be looking to take part in the annual count for the cockatoo next May.

If your group is interested in a talk and walk for Red-tails please contact the Project Coordinator on 1800 262 026 or email redtail@birdlife.org.au.