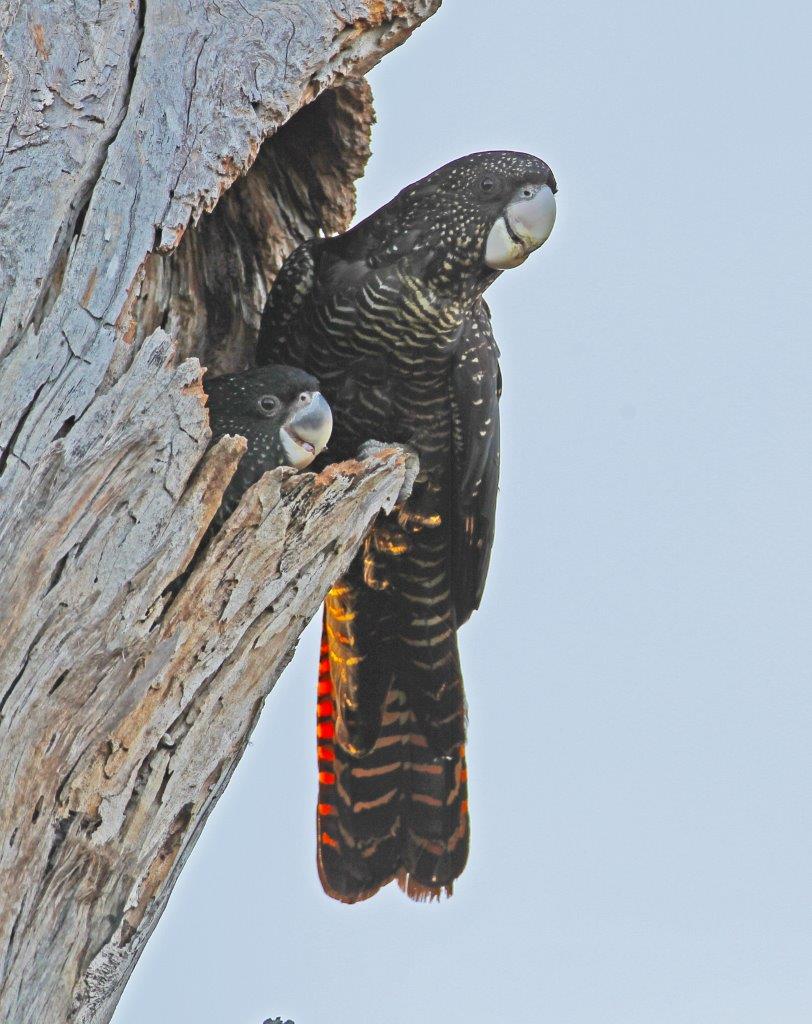 
Bob, who observed the nest over a 44 day period, has captured some amazing footage and many beautiful images of the Red-tail pair and their chick during this time.

Red-tails only lay one egg, usually between September and December, which is incubated by the female for around 30 days. The chick remains in the nest for a further 70-100 days after hatching, and may continue to be fed by both parents for up to six months after leaving the nest.

It is important to note that Red-tails are easily disturbed, particularly during nesting, and the impacts of this disturbance can be very serious with the worst outcome being the loss of a nestling.

Careful, quiet monitoring of nests from a safe distance (>100m from nest) using a hide is recommended to avoid disturbing nesting birds.

The Recovery Team has developed a set of guidelines around the observation and photography of Red-tails. You can view this document by clicking here.

Many thanks again to Bob for sharing with us this fantastic footage.